Do you trust Me? When the ways of the wicked affect the righteous I will prevail. Trust me to restore. You will gain back more than what was lost. People can be cruel when jealousy arises. You will handle more money in 2022 than you have ever experienced..wealth is taking you from a wanting state. My will is being fulfilled. Daily I Am putting the pieces together for you and on your behalf. I Am moving you into purpose with passion.Do not internalize the wrong doing of others. Let it roll off your back like a duck. You will duck every blow of the enemy. He will shoot His best shot and miss. He will fire at your faith and be defeated. He will have others scorn you and you will be a magnet for success. My goodness wull override his gall. Stay humble and gracious. Your will gift will make room as I lead you to this new place.

God gave you a gift so it could make room for you. You are not called to live a confined life where opportunities are scarce. He gave you a hidden treasure within so you can create doors where there are walls. Stop selling yourself short and looking at your talents as a last resort. Use them and promote yourself. God will be glorified.. Your purpose has prosperity and profit attached to it. Walk in the wealth of who you are. #lifecoachingtips #wealth #talent #opportunity #purpose #fridayvibes😎

As you develop new relationships and allow others to come into your life, you should feel comfortable expressing what is important to you. Maybe for you, a new friendship or relationship does not require daily conversations. This is important for you to keep in perspective. Others may feel that daily interactions are imperative for friendship. If this is not a priority for you, do not let others force this concept upon you. It is an easy trap to fall into if you let others cross your set boundaries. All relationships take compromise and work, but you cannot feel guilty if their desires do not match what you are able to offer. When compromise doesn’t work, don’t feel guilty when you have to let go.

No doubt that you have heard this instruction before at some point in your life. Maybe it was a directive given because you needed to evaluate your response before moving in haste, or you needed to level up in your courage. When the doctor listens to your heart, this is usually the preceding instruction. Deep breathing is a physical way to open your lungs and release the stress that could take root in your heart. Inhale and release! Shallow breathing is usually our baseline breathing. We have to remember to use the total capacity of our lungs by taking deep breaths.

Deep breaths awaken you to life, internally and externally. Take in the air around you and remember the importance of fresh air. Mindfulness is taking a moment to recognize you are alive! Be intentional with this practice and welcome peace into your heart while being aware of the pace you are maintaining in your daily life. Have you taken a deep breath lately? Take this challenge to fill up your lungs and release your breath into the atmosphere in a conscionable way.

Forgiving yourself allows you to forge ahead with the grace of release. Releasing yourself from behavior you are not proud of will help you to grow in the understanding that who you are in this moment, outweighs what you did in the past.

Celebrate yourself for giving yourself the opportunity to grow and change. Self-forgiveness is internal mercy that allows you to grow and evolve through an evaluation that leads you to a better self.

It’s another beautiful day at Daughter of Day! God is bringing new awareness to the possibilities and ways we can help our clients excel in their endeavors.

The question that most of my clients are facing or have asked at some point in their lives is, “AM I Enough?” They ponder if they have what it takes to accomplish what God has placed within them. It’s the dream that they see when they are awake and what causes them to toss and turn at night. They know without a doubt that they are created for more. How can they create what the envision knowing that there is not more time in the day? They must learn to manage what they have been given with efficiency, all while feeling a new level of empowerment.

How many times have you settled for an experience that you know was unfulfilling? Are you tired of settling for a life that you are not creating but surviving? It is time to invest in yourself and move past a day to day humdrum life. It’s time to sharpen your skills to move from dull to excitement.

I am called to speak to the sleeping giant-ess within you. There is greatness that you have not unwrapped because you are still focusing on the past. You can’t see the gifts you possess for focusing on the pain you’ve endured. What was missing in life and what you did not receive from certain people in your life has kept you in a place of reminiscing and desiring. As we move into 2021, this is the year of attaining, grabbing, and walking in the fullness God has for you. This is the time to gain clarity. I want you to see better with the right perspective. Perspective will put the puzzle pieces of your life together and create the picture God has been trying to get you to see.

All of this can happen in coaching with me. Encouragement Coaching encompasses many facets and I help you to pinpoint exactly what you need at this time. All it requires is readiness and investment. I am ready, are you?

May the suddenly of the new season remind you of the unlimited possibilities with God. May He open up a clear path to you as you move through the last 100 days of the year with His navigation. #newseason #women #Encouragement 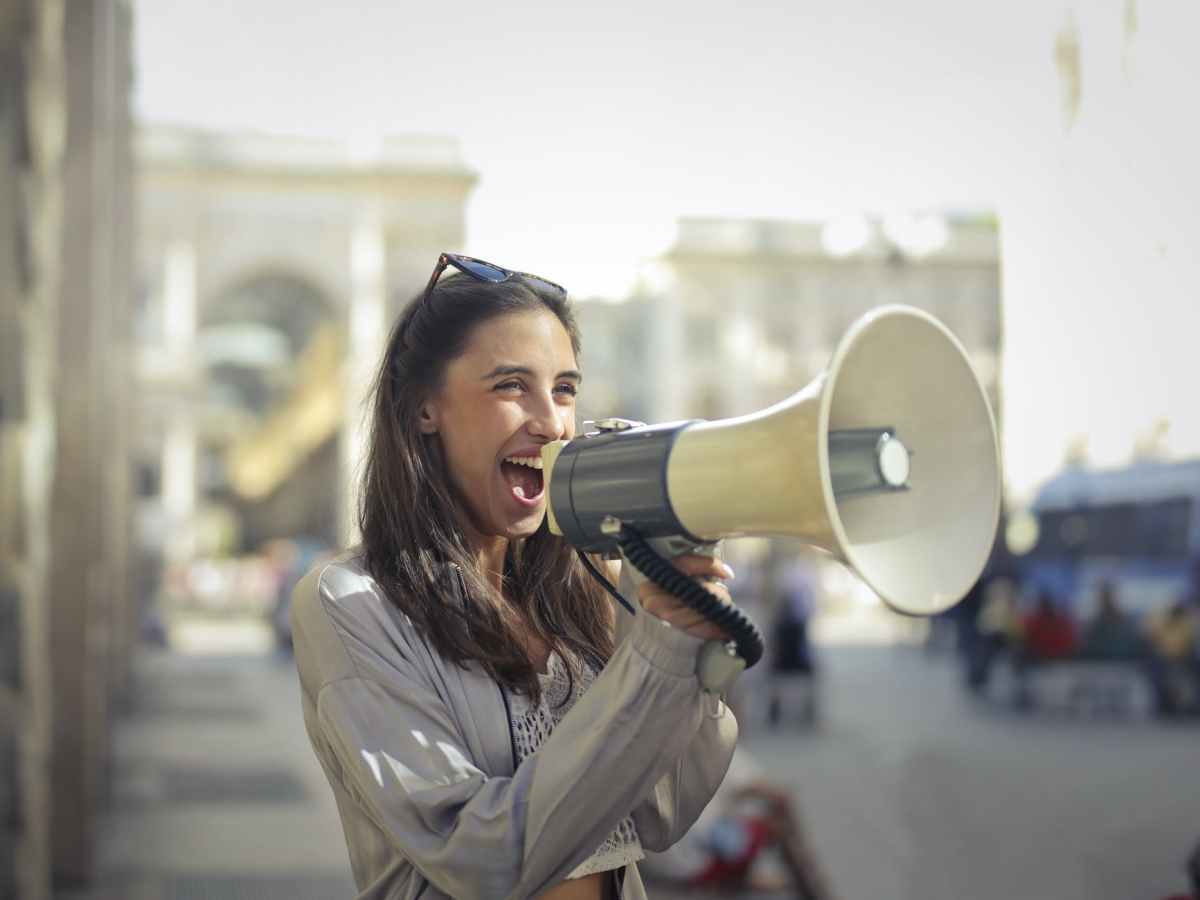 I vividly remember the day the ENT told us that our son was born without vocal cords. He said it in passing as he felt it was not the biggest of our worries due to the other pressing physical issues our son was battling. I was stunned. I was immediately able to connect the dynamic of a lack of vocal cords with the inability to express his emotions. How would he communicate his thoughts, wants and needs? He was only 6 months old, but this question was pressing within me. I could not ignore it. I felt a fight rise within me. Despite the collapsed airway, hole in his heart, the need for a colostomy, and chronic prematurity to name a few, I was drawn to his inability to call me mommy one day. How could this be? He was missing so much in his little body, but how could he not have the vibration ability to bring forth a voice of clarity? I was completely perplexed. I was oblivious to the fact that this could be his reality. When I desired a child, I never discerned that he could be born without something so vital. I personally never knew how important a voice was to me, until that moment.

I knew that we would use sign language, tablets, technology or whatever we needed him to have for self-expression, but I knew he was supposed to speak out of his mouth without any hindrances. I took up my battle in prayer. I began to hear my son’s voice in my heart while the devil tried to convince me I would never hear him speak in my head. I began to ignore the taunting thoughts of the enemy. It was a daily battle, but I was up for the fight. Throughout the first four months of his life, there were many battles. Some we would meet with an instant victory while others would take years. We determined not to give up. The most important lesson I learned was that our son desired to speak. As he grew into his toddler years, limited in his communication due to the absence of vocal cords and an underdeveloped voice box, he was also limited by a tracheotomy tube in his throat. But his eyes always spoke to me. Through his eyes, I could see a future that did not match his present circumstances. This was enough to spark my belief to higher heights. I could not find a ceiling in trusting God in this area.

It was the worst experience, but the best opportunity. Have you ever had one of those sneak up in your life? We needed change and we were willing to cry out for it, to visualize it, to believe beyond what we could see. By God’s grace, our son, not only speaks, but he communicates as a conversationalist as a bright, healed, near 16-year old. He does not have any limitations in his communication, except that he has spoken in a lower tone as that of an adult throughout the high pitched seasons for most children. We rejoice! Many days we are taken aback and drawn to our knees because we know we experienced a miracle in our lifetime. Like our son, you can come through a season of challenges completely healed! Nothing missing, nothing broken!

Through this fight I learned the power of our voice and the uniqueness in which we speak. God has given us each something to say, and a message to spread. The enemy will always try and mute us and present difficult situations that can drown us in doubt. Each day, I realize that my fight for my son is similar to my devotion as a coach. I will roll up my sleeves so you can find your voice and vindicate yourself from an overwhelming past. It’s time to fight for your voice so you can be heard without being hypersensitive to what others think about you.

I knew that we were coming out and I know that God is calling you to coming out as well. Come out from hiding and hurt. You can escape the fragility of fear and hopelessness. You cannot stand firm if doubt has taken up residence in your bones. What are you called to say in the world or in your life? Where do you need to speak up in your life and for yourself?

You have a voice! What are you saying?